It’s been a few years since the last time I helped with maple syrup. This go around the endeavor featured 90% less mud than the last time! As with every batch before, the Ol’ man did pretty much all the work. He placed the taps, collected the sap, and began the boil. By the time I arrived with my family, now featuring five members total, all that remained to do was the finishing. 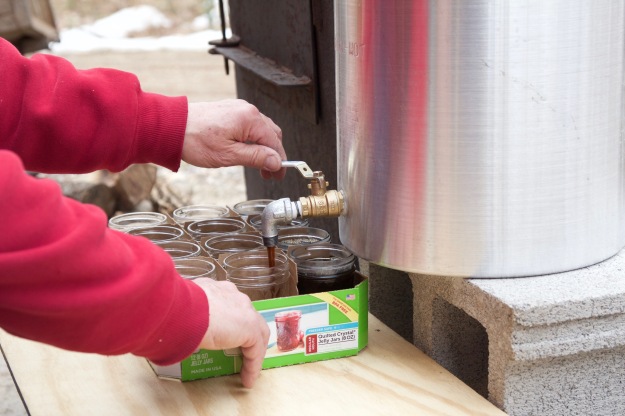 Sarah and I and our three kiddos arrived Friday night. My folks had already been settled in long before, and the boil was beginning to slowly come to an end as the night sky lit with stars. While my family settled in for the night and prepared for bed the Ol’ man and I discussed plans for tomorrow. The most technical step was ahead of us. This time there was plenty of help.

Saturday morning saw us rise with the morning light. Dad started the fire right away. After Sarah prepared French toast and sausage patties and we ate, work began outside. Jars were lined up and the pan was topped off with it’s final amount of sap to boil. The fire kept on at a reliable pace while some of the hoses and tools from collection were prepared for storage. The whole process went smoothly and afforded me plenty of opportunities for photographs.

New for this year was a large tank used for sap storage. Collection remained the same as previous years. The Ol’ man is still working out a satisfactory way to pump the sap in and out of the tank. Perhaps on the next go around this will be sorted out. 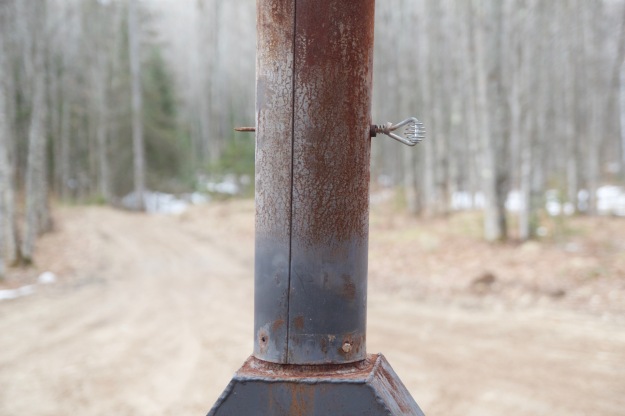 The wood burner kept on cooking and performed well. However, a lot of heat was lost from the lower portion of the stove. The ash clean out tray rotted from the heat and the thin metal failed. Heat also escaped through the walls of the stove below the fire box and above the ash tray. To combat this, plans are underway to install fire brick for heat insulation and construct a new ash clean out tray from heavier gauge metal. The firebox is 100% lined with fire brick, but when we leave the ash clean out ajar the fire burns hotter from he extra airflow, helping achieve the ideal oil. The steel that the stove is built from can take the heat but the ash tray couldn’t. 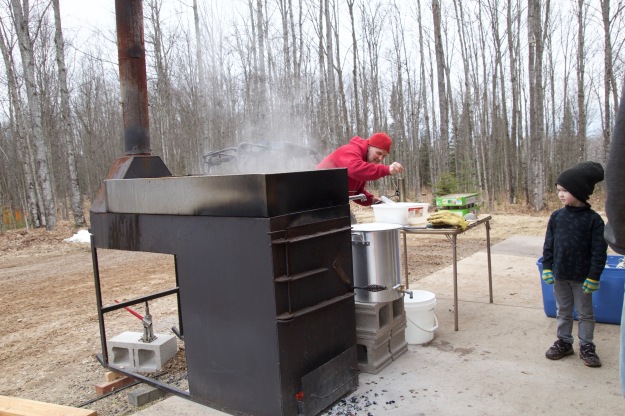 The specific gravity was checked periodically. Once at the appropriate moisture content was achieved, the fire was quenched with snow and we began to pour off the finished syrup into bottles.

The finished syrup was run through a strainer and then through two grease splatter screens.

As the finished syrup was removed, the stove was adjusted with a hydraulic jack to push more syrup toward the pour off spigot. 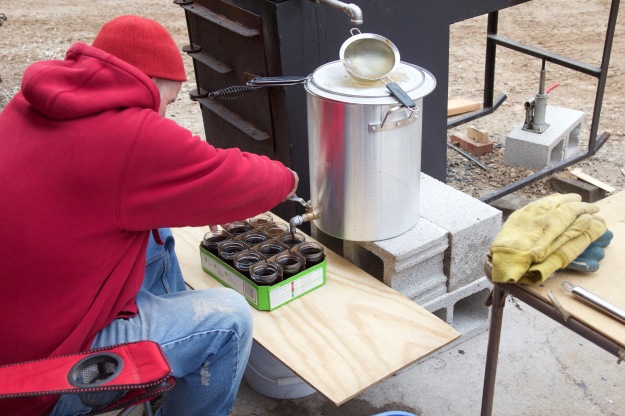 The big upgrade this year was the addition of a ball valve to the aluminum kettle. The smooth opening and closing and long handle meant no burnt fingers and virtually no spilling. Had the request been made, the Ol’ man could have filled shot glasses.

Every drop counts. The pan was tilted to extract every bit of finished syrup. 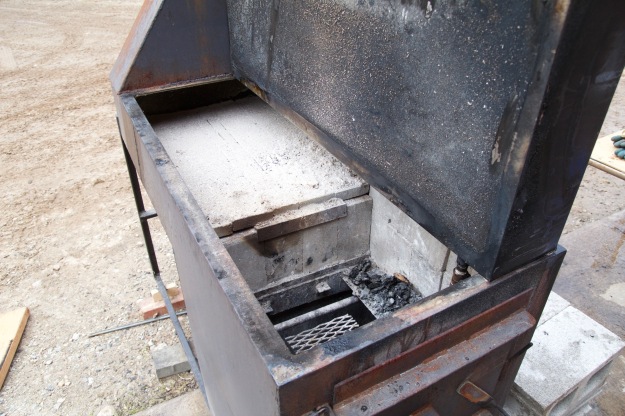 Immediately after the last jar was filled clean up began. 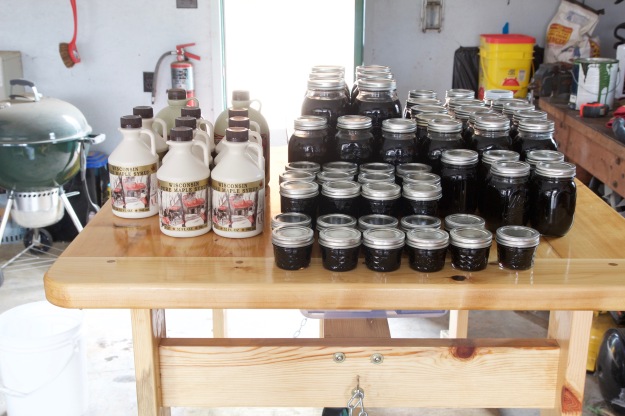 This year saw the production of 12.25 gallons of finished syrup. It was a bit darker than previous years and we noted a more bolder maple flavor. The larger batch and longer period of collection meant that we didn’t get an early batch, but instead had one large batch consisting of early and mid-season sap.

While the clean up continued Sarah began to make maple candy in the cabin with my Mom. Some syrup from a previous season was heated until it reached 34 to 36°F above boiling. After it was allowed to rest for a little it was stirred until it just began to turn lighter in color and slightly cloudy. Then it was quickly poured into molds. 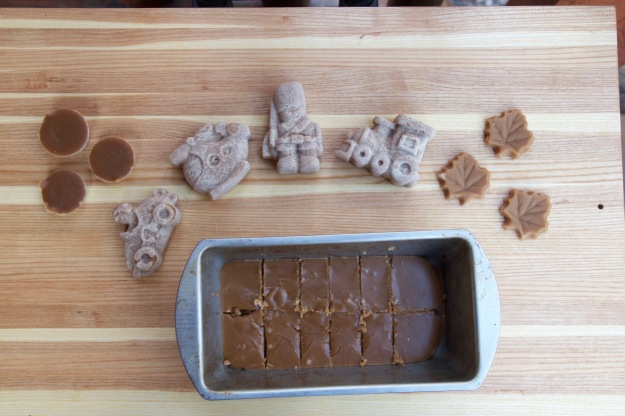 The second batch went a little better. We attempted to transfer the molten sugar from pot to a smaller container before pouring it into molds and it solidified too quickly. Batch two went straight from pot to mold. We also stirred it a little too long the first time as well. As soon as we suspected a a slight lightening in color we began to fill the molds. 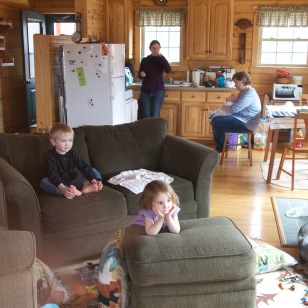 It was a successful year. With such a large supply of syrup and candy it may be two years before we boil again.